We had been keeping an eye on the weather all week, partly because we knew the archives were not air conditioned and we wanted to make sure we were dressed coolly enough, and partly out of general curiosity. We had been looking forward to the lower temperatures predicted for the weekend and, because we knew we would be driving for several hours, grateful that there would not be blazing sunshine. Rain was predicted, and rain we had. There was a steady rain all day, and we all had rain gear with us, so we were ok.

We began with Vilijampolė, known in Yiddish as Slabodka. This was the Jewish area of Kaunas. Not much remains of what was a thriving Jewish community with almost 3,000 Jews by the mid-1800s. The Slabodka Yeshiva, known as the “mother of yeshivas” was located here. The building still stands, and is in the process of being renovated.  It was founded in 1881, and in 1924, due to edicts requiring that secular studies be added to the curriculum, many scholars relocated to what was Palestine (Israel under the British Mandate) and established two branches – one in Bnai Brak and the other in Hebron. Not everyone left, and the Yeshiva remained open in Slabodka until 1941. 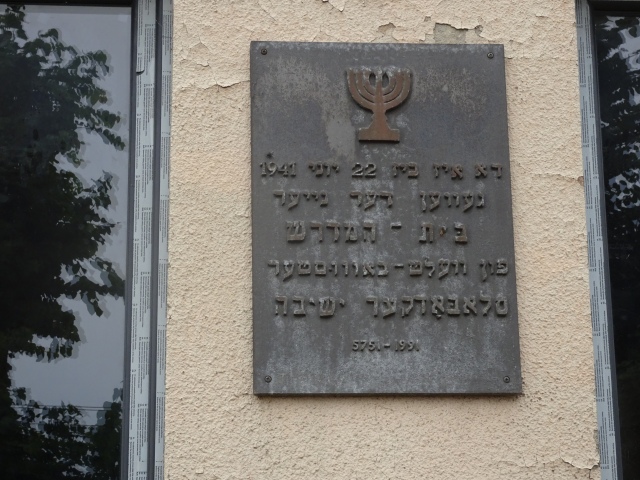 Looking at the remnants of the Yeshiva blended in with the gloomy weather and what we found during the next few hours. Nothing surprising, it just set the stage.

Our next stop was Raseiniai – I have a terrible time with the pronunciation of this and many other town names in Lithuania. I really appreciate Lina’s patience as she says them over and over again. The Yiddish name, Rasayn, is much easier and I think I will have to just stick with that.

We got to Rasayn, and since we had found a self-guided tour of Jewish places, we prepared to do that. Often what is not found is itself very telling. We knew that about 90% of the city had been destroyed in WWII but hoped, since we had a may that detailed the locations of many places of Jewish interest including a synagogue, merchants and homes, that there would be something marking a place, or the remnants of a building. We found nothing.  We followed the map to each location, and we found nothing. There were some old buildings that we saw in the downtown area and we took some pictures. The rainy gray day matched our mood. 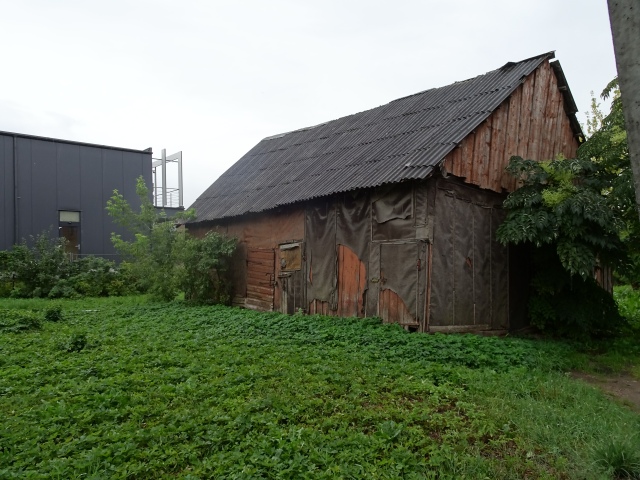 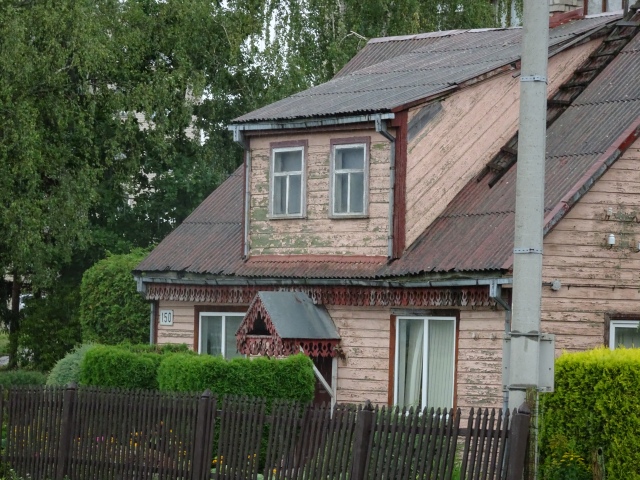 We knew that this was likely to be the only city we would be passing through until evening, where there would be a possibility of finding food, so we looked for a restaurant. We did not have much luck, but did find a small pizza place, and stopped for a quick lunch. Before getting back on the road.  Next stop, Grinkiškis. 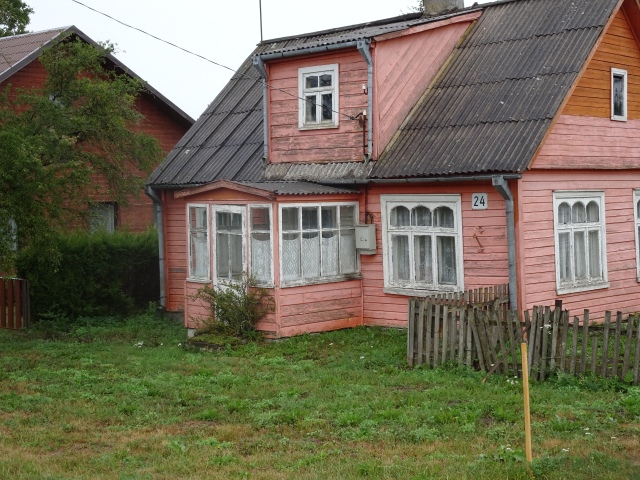 With the exception of the cemetery, there was no evidence of an earlier Jewish community, but there were a fairly large number of older houses and buildings, many in disrepair, a number that had clearly been renovated. Some that looked to be about to collapse but with curtains in the windows, and even gardens. All the houses had wells.

Of course, although our main interest was the Jewish community and its traces for our many Jewish clients, we do have a number of clients from various areas in Eastern Europe who are not Jewish, and for whom we are also doing research. There are lots of churches, some of whose buildings clearly date to prior to WWII, but many of which are newer – it was not only Jewish buildings that were destroyed.

We had one more stop to make prior to returning to Kaunas – Krakės.  In Krakės we were fortunate to be able to meet with a historian, Robertas, head of the Krakės Culture Center. He is writing a history of the Jews of the area. He was a wealth of information, and Lina’s lengthy meeting with him was really wonderful.

The Jewish homes were primarily located on the road from the bridge into town, but we didn’t have exact house numbers of the homes occupied by the Jewish families. There were, however, a number of homes still standing, and we could imagine… 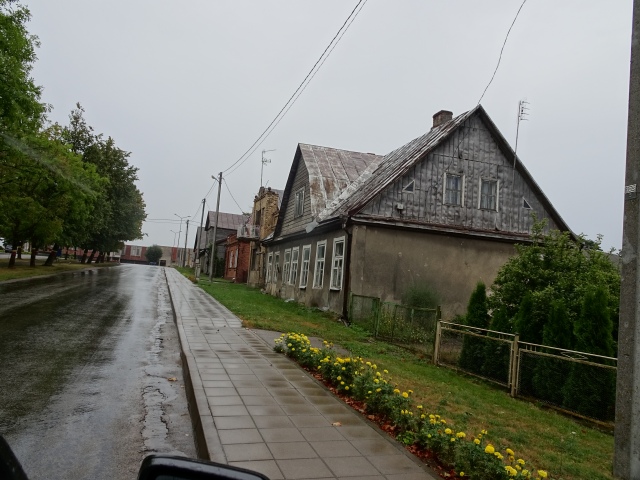 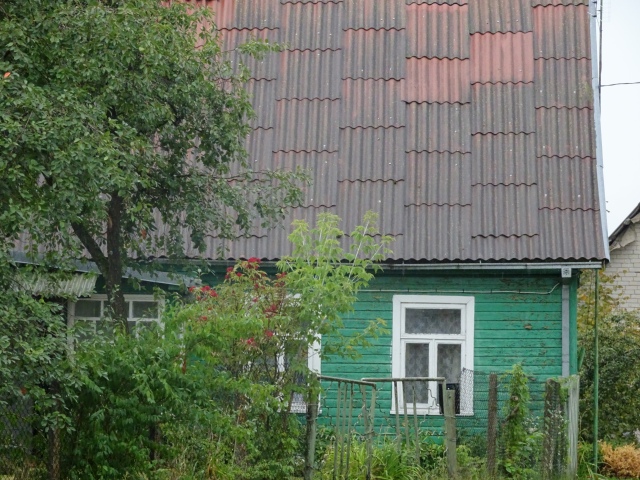 …and then of course, the cemetery. Thanks to the many people behind constructing gates around these cemeteries and photographing all the standing stones and transcribing the names. I tried to walk through the cemeteries in Krakės and Grinkiškis, look at each stone, and for those on which I could make out a name, repeat the name quietly. I know a lot of people visit these areas each year.  How else can we keep the memories of these people and these towns alive?