Posted on September 1, 2018 by Janette Silverman

Being in Romania is quite startling to me for a very strange reason. One of my family names is Moldavsky (spelled of course in dozens of different ways). All over Moldova and Romania, I keep hearing that – I even bought a bottle of wine that was Moldovsky! Anyway, everytime I hear it said I look around expecting to see, well I don’t know what. I always thought (of course) that the family name and the Moldavia  area (now Romania and Moldova) were related.  I have no idea why the name was adopted by the family but I have documentation from Zhytomyr and Kiev dating back to 1795 for the family. This was prior to the adoption of surnames and I can track the family with patronymics into the 1820s when the first surname they used was Moldavsky. If they had a relationship with that region it was considerably earlier since the 1795 documentation does not indicate that the family’s origins were outside Kiev!

We took an early walk in the downtown Iasi area before we got on the road.  We’ve had few opportunities to wander around outside the archives in the towns we’ve been visiting and there are some beautiful and unusual sights we don’t want to miss, so we try to grab an hour after dinner or before we hit the road, whenever possible. 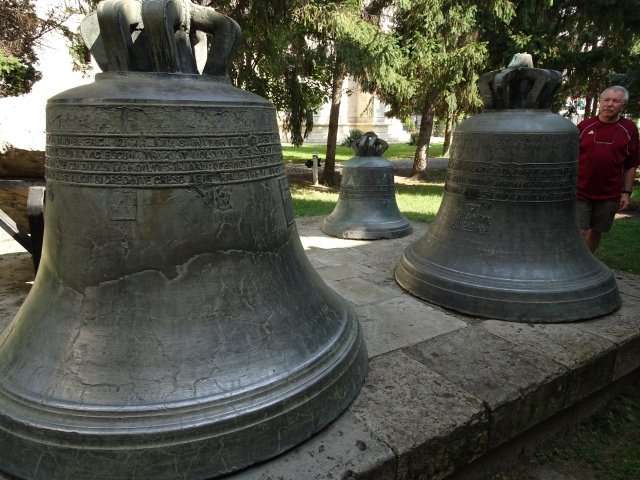 There are so many churches in close proximity to each other. They all have beautiful characteristics and are so different from one another.

We get on the road to drive deeper into Romania – we are heading for the Transylvania region today – yes, that’s right – home of the vampire legends. The day grows increasingly cloudy as we near our destination. The countryside we pass through is beautiful. We pass cows, horses, goats and gorgeous green fields.

As usual, I am hanging out of the window in the front, keeping an eye on the GPS to give Marek some advance notice of upcoming turns, and taking photos through the open window. Poor Lindsay – she is sitting directly behind me and the wind has to be blowing right on her but she hasn’t complained at all about it and when I’ve asked her if it is bothering her she always says that it isn’t. Ola said that since the front windows are the only ones that open, it’s good that I am taking photos since no one else can. 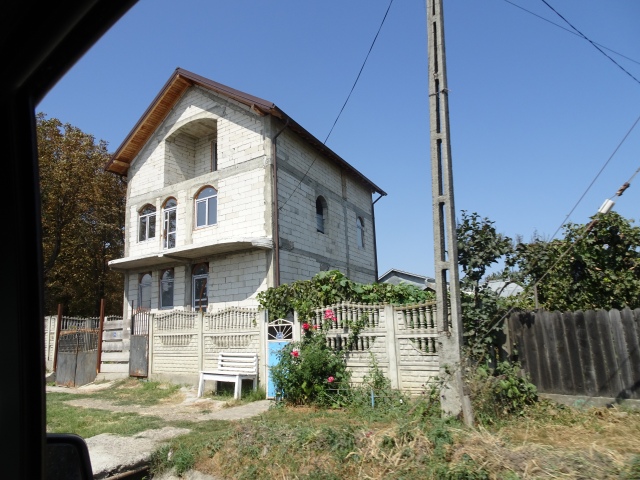 The day grows very rainy and gray, lightning bolts split the sky – they must have been far away since I don’t remember hearing thunder.  The road is pretty well paved which is a good thing as we climb into the mountains. There are however, lots of blind curves – I for one would have felt more comfortable if the road wasn’t as wet as it was. 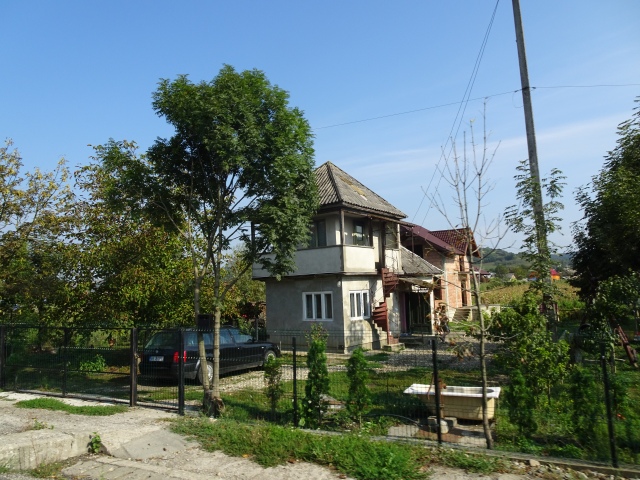 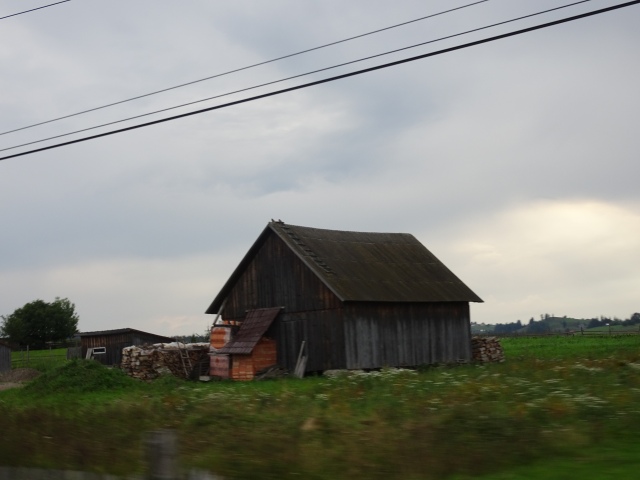 We planned on a 5 hour drive from Iasi to Bistrita. We made the decision to drive this way while we were stuck at the border crossing from Poland to Ukraine, in order to avoid another crossing into Ukraine. Today’s trip, tomorrow to Hungary and then the following day to Poland are the part of the trip with the least planning, and we hope it all goes as smoothly as this first part.

We arrive at the hotel hungry and tired, and very happy to hear that the restaurant will be serving for another several hours. We check into our rooms and meet in the restaurant. I was thrilled that there were several vegetarian options. One of them was a vegetarian moussaka and I ordered that. The waitress was hesitant and didn’t know if they could make it in the kitchen. She went to find out and came back with a positive response. That was not, however, what she brought to the table – she brought a fried soy cutlet. When I pointed out to her that this wasn’t what I ordered, her response was that they didn’t have the moussaka, and I should eat what she brought. She and I went back and forth for a couple of minutes about this (I really wasn’t inclined to eat it) and she finally asked if she could bring me something else. I opted to wait for dessert. Although most of the time, menus had something I could eat – pizza, pasta, pierogie or verenikas, this was the third time I encountered a problem. The first was when potato cakes prepared with no meat turned out to be studded with pieces of ham, the second was when the hotel restaurant was out of the only item on the menu that had no meat. Most of the restaurants did not serve bread, otherwise I would have been fine. I travel with peanut butter and pouches of tuna – I must remember next time to pack some crackers.