Posted on November 1, 2018 by Janette Silverman

DISCLOSURE: I am trying to update this blog a day or couple of  days at a time but am often doing it several days after the fact due to internet connections

On Thursday, 25 October, we had planned for a very full day that I was hoping would not be too full. We started the day at the amazing Central Zionist Archives in Jerusalem. Actually, that’s backwards, since we are still in Tel Aviv until tomorrow, Friday morning. We drove from Tel Aviv to Jerusalem and I was very excited not only to be going to the CZA but also since neither Lindsay not Brian had been to Jerusalem before, I was happy to be with them. It’s a city I first visited as a teenager, and although I’d love to speak  about that trip, it will have to wait for another day and time. I know I have to talk about what happened earlier today. 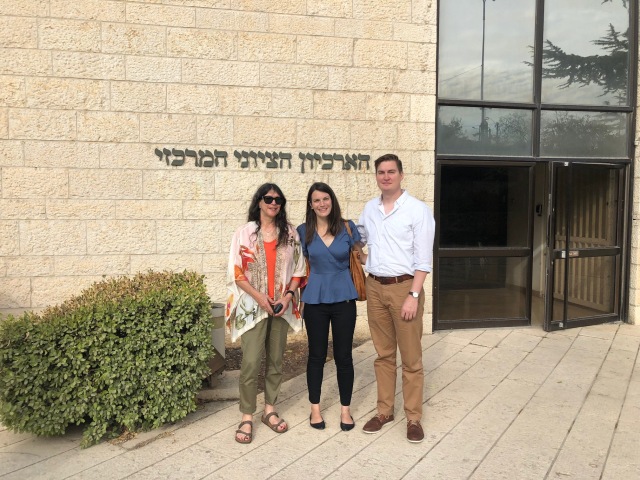 As many times as I’ve visited Israel, somehow, I’ve never gone to the CZA.  The archivist was very gracious and spent considerable time with us describing the holdings and the history of the archives. Because so many of my clients have ancestors that lived in Israel either after Statehood, during the Mandate period or even during the Ottoman period, these archives are very important to our research. Although I have never been to the CZA before, I have used many of their resources that are available digitally, and relied on the indexing of many of their resources that’s been done by IGRA – the Israel Genealogy Research Association. 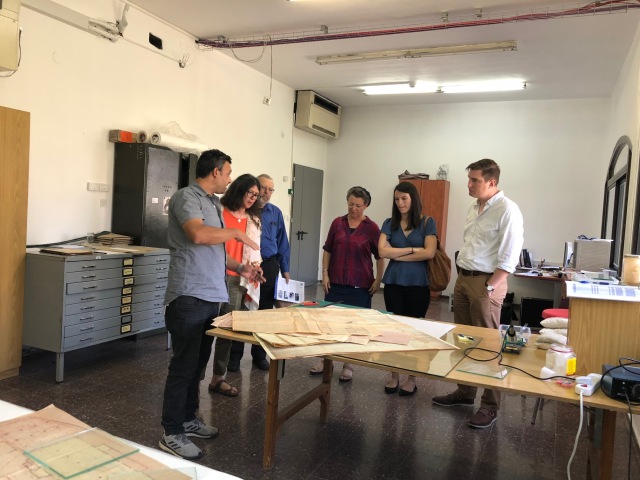 Jerusalem, unlike the eclectic appearance of Tel Aviv, is all one color. That doesn’t make it blank. It is soothing, inspiring, and tugs at my heart. The CZA with its wide scope of material dedicated to the state from almost a century before it’s creation until the present was the perfect beginning to the day. Like the archives in Europe that Lindsay and I had explored in August, the treasures to be found here are beyond valuable. I have no trouble speaking of this part of the day or the ending, it’s the middle that is an issue.

Our next stop was a place that rips at the heart.  Mount Herzl. Mt. Herzl is also known as Har ha-Zikaron (mountain of remembrance). It is the site of the National Cemetery.  Five mornings each week (Sunday through Thursday) at 11 AM there is a memorial service for those soldiers who fell on that date. Herzl is buried at the pinnacle of the mountain, Golda Me’ir and other luminaries are also buried at Mt. Herzl.  The tens of thousands of people, mostly young, buried in these graves, when considered against the total population 1s Israel is shocking. Walking these grounds brings a sense of holiness and the layout of the graves, neatly marked with the name of the deceased, the place of birth, parents’ names, place of death and age at death, at least means that anyone visiting and reading with have at least momentarily remembered that soldier.

The bricks on the walls behind us during the ceremony have the name of the soldier who died, the date and year. This was the hall in which the ceremony was held.  From there, we went with Dorit and Steven, members of a volunteer organization called “Faces of the Fallen” into the cemetery.

They described the cemetery and its layout and  told us of the important work in which they are engaged.  Many soldiers fell about whom little or nothing is known.  More can be read about the organization at https://www.yadvashem.org/blog/faces-of-the-fallen.html

There are several mass graves in which the bodies of those who fell are buried individually.  Their names are known, but what is not known is which name belongs to which of the dead. 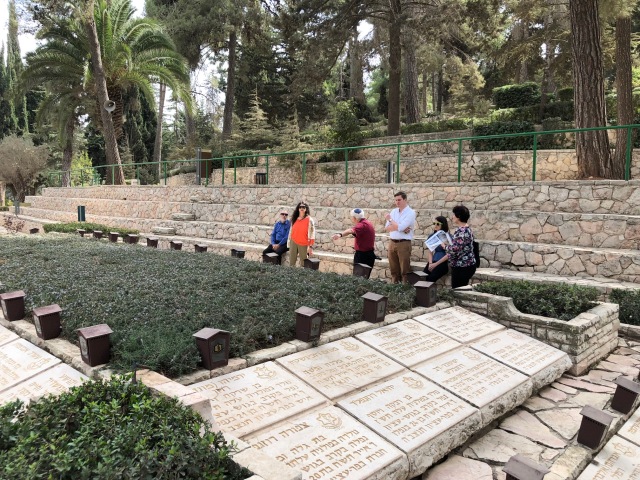 As genealogists, we work tirelessly to identify and connect people whose names have faded from memory. Identifying them and finding details of their lives restores them to memory. Most of the people for whom we search died long ago. Some of these soldiers died relatively recently, and yet they have not been connected to their family. They gave their lives for the establishment of Medinat Yisrael (the State of Israel) or in her defense in a relatively recent time period. It’s astonishing how quickly details of some of their lives have been lost, and how difficult it is to restore those details and even connect them to living family members.  As I said, it rips at the heart.

There was more to the day, but it’s beyond my ability to discuss the rest right now.

This entry was posted in Israel, Jewish Genealogy. Bookmark the permalink.
Loading Comments...