Today, Saturday, was short and perfect! As planned, Marek and I met up around time to go to the airport to pick up J. As planned, we arrived at the airport early.  OK, so no one gets to an airport as early as we did. What we anticipated taking 45 minutes and getting us there 15-30 minutes earlier than we needed to be, actually took 15 minutes.  Then, because I was making sure that everything was done in a timely manner, I had put her arrival time on my calendar as 30 minutes than it was really supposed to be. Like I said, no one gets to the airport as early as we did intentionally.  Our client’s flight was on time, and the drive back to Krakow was uneventful.  We had checked out her room in advance and turned on the a/c so we knew that everything on that end was ready for her.

We had made reservations for 3 PM at a restaurant across the street from the hotel. The restaurant was completely booked after that time, and we figured (and were right) that a nice, leisurely meal and then off to bed would be perfect for a weary traveler. 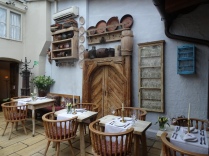 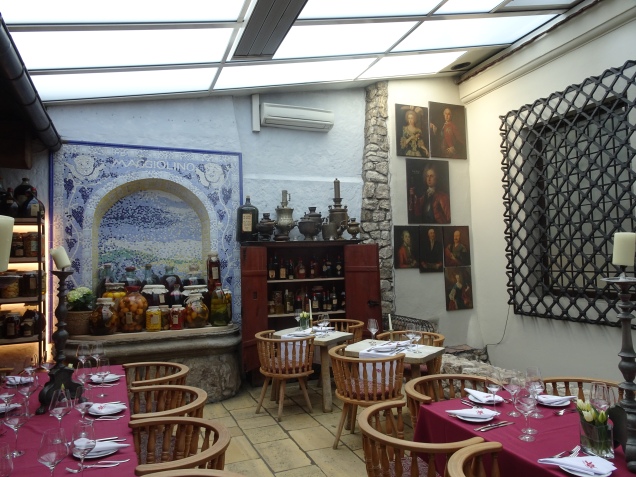 As we left the restaurant, we were treated to a cacophony of sounds and we looked out the exit onto a street filled with revelers carrying rainbow umbrellas and flags!  A Pride Parade!  Perfect.  BTW, if you are going to be in Salt Lake City on 2 June 2019, please join me and the Ancestry.com team at the Utah Pride Parade!

I thought I would get to sleep early but the last few days really crept up on me and I went for a long walk (lots of things were open very late) and headed back to the market square and the craft show that will remain in town through next weekend. Tomorrow is going to be a long day.